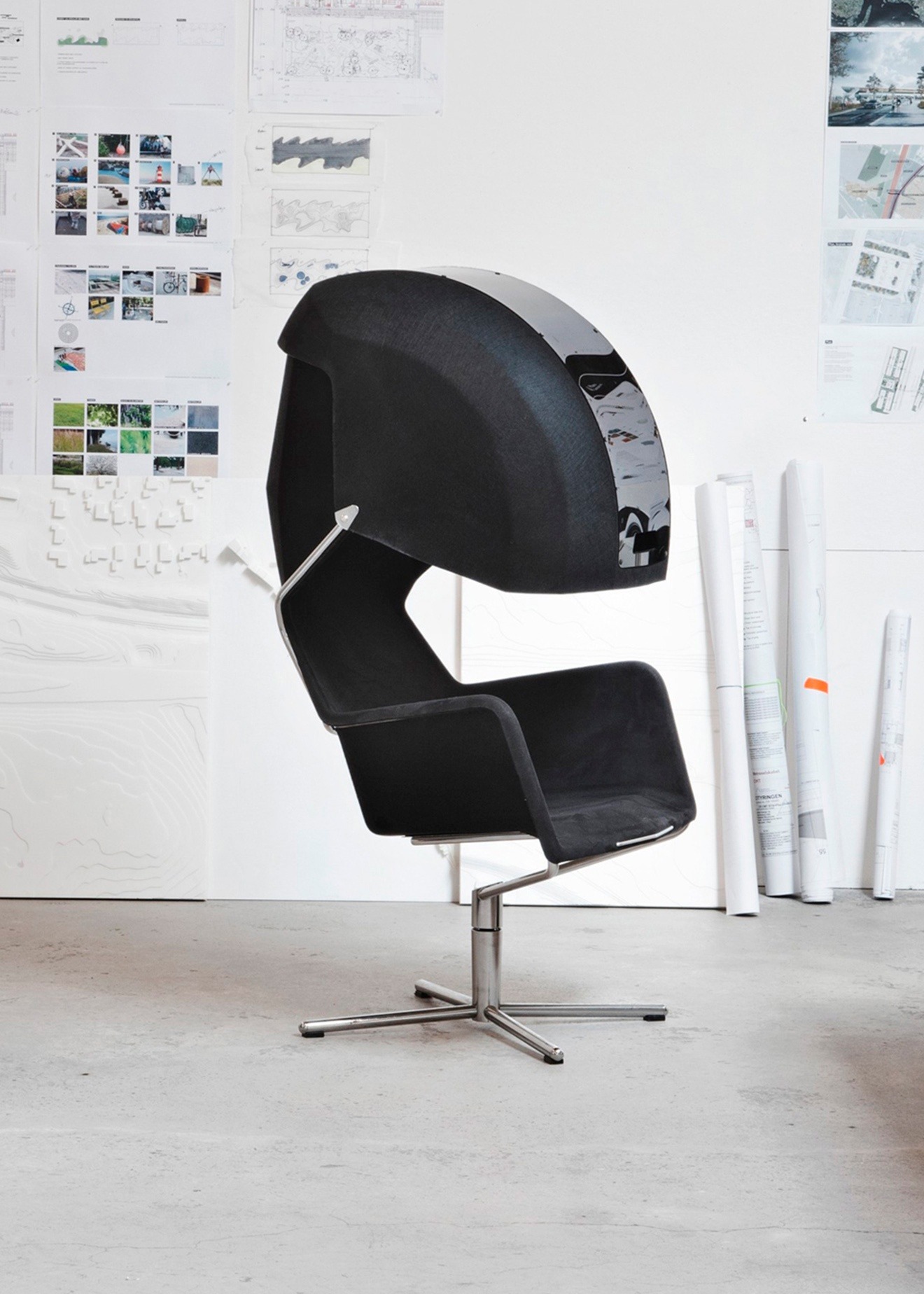 How small can we make a space for work and rest without feeling confined? The Peekaboo is a modern variant of the classic wing chair, its design adapted to the conditions and the times we live in today. I tested and experimented with a material that was used mostly as a sound absorbent in the automotive industry.

We pressed the material to its limits and was able to make a wing chair that was thin and which boasted shapes that had been impossible to achieve with conventional methods. As far we know, Peekaboo was the first seating ever produced in this material, but today the material is in common use with furniture makers around the world.

There is an optional hood and visor in moulded felt with an acrylic glass panel, inspired by hoodies and the kind of shades that let you see out but nobody else see in. A personal haven and an oasis of calm amidst the chaos of contemporary life. 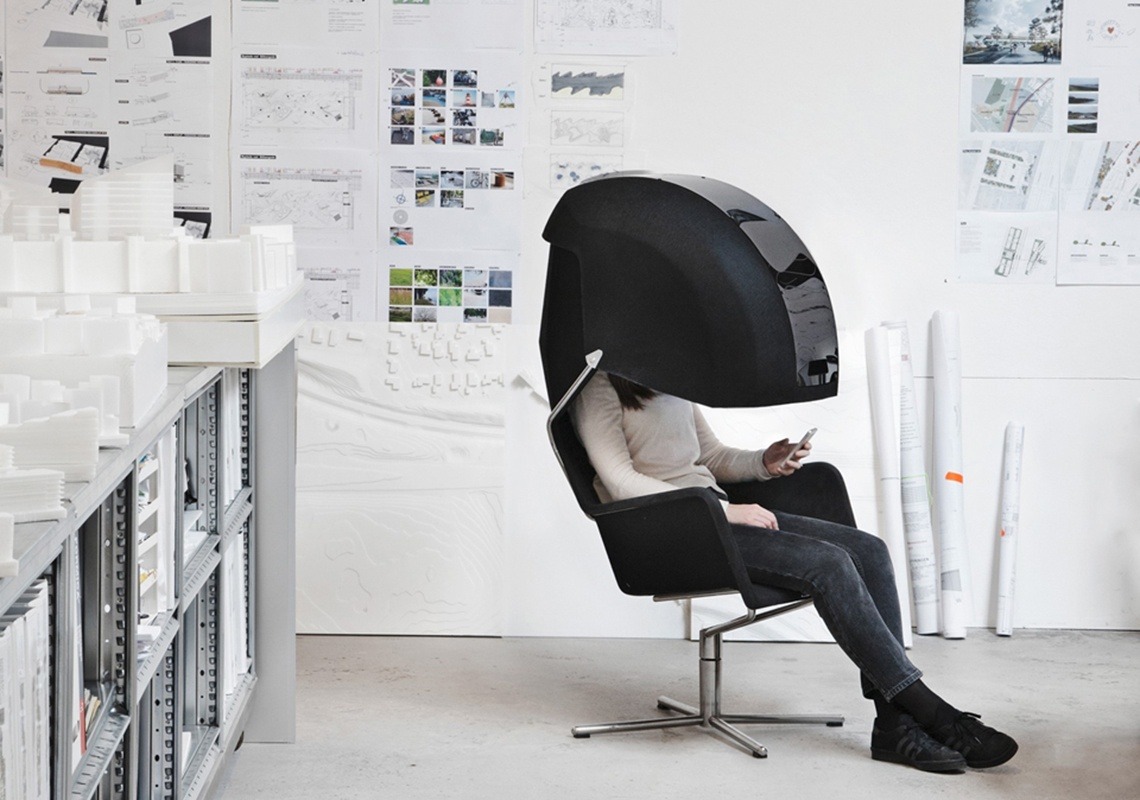