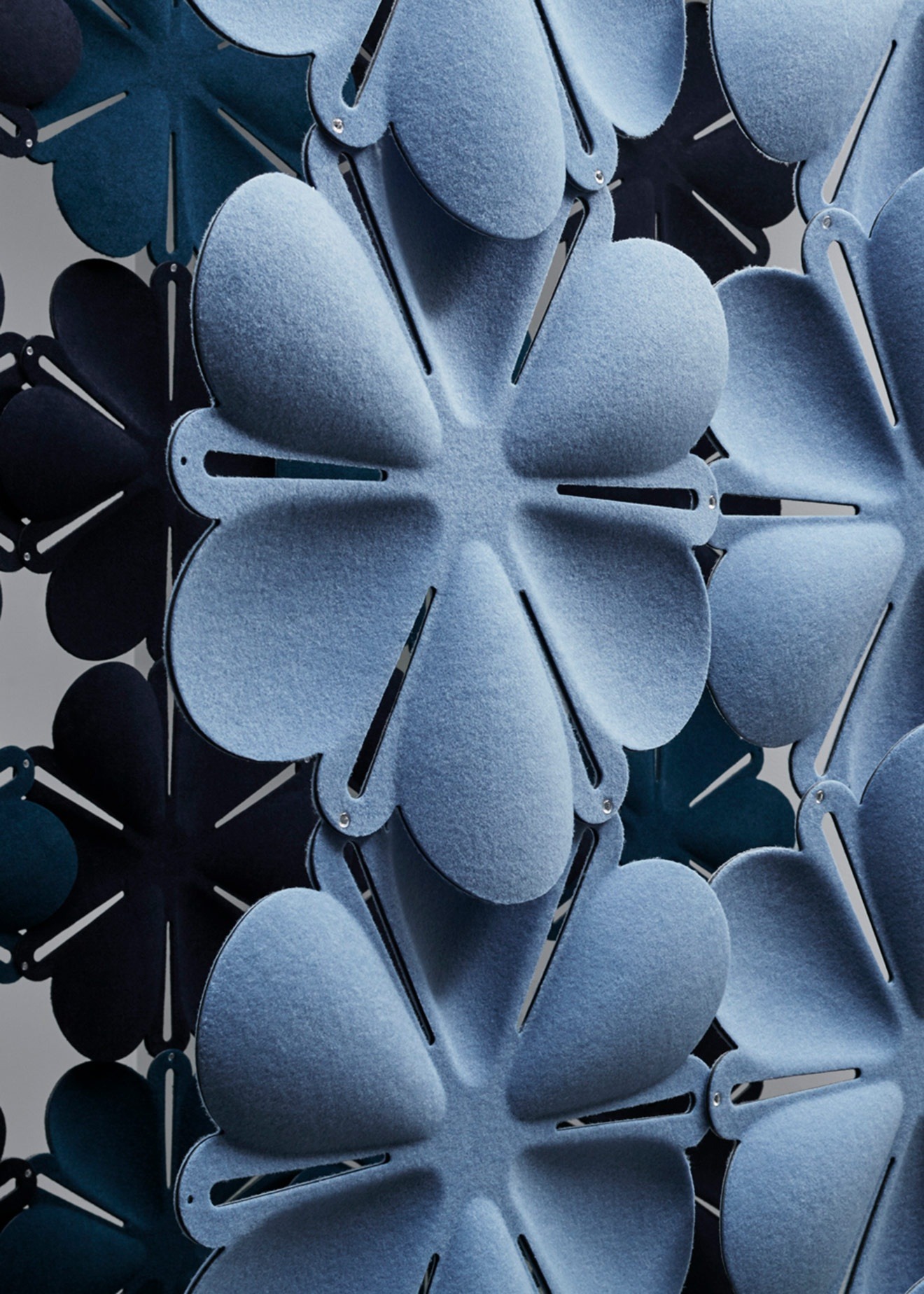 Ever since Airflake was designed in 2007, the Air-family has been growing.

Airbloom is inspired by nature, familiar in its shape but still unique. The relation between convex and concave surfaces makes it possible to overlap each absorbent with another, creating patterns of varying density and better soundscapes.

The opposing concave and convex surfaces gives Airbloom an interesting character, where shadows are cast differently depending on how it is lit, like the sun make flowers bloom. 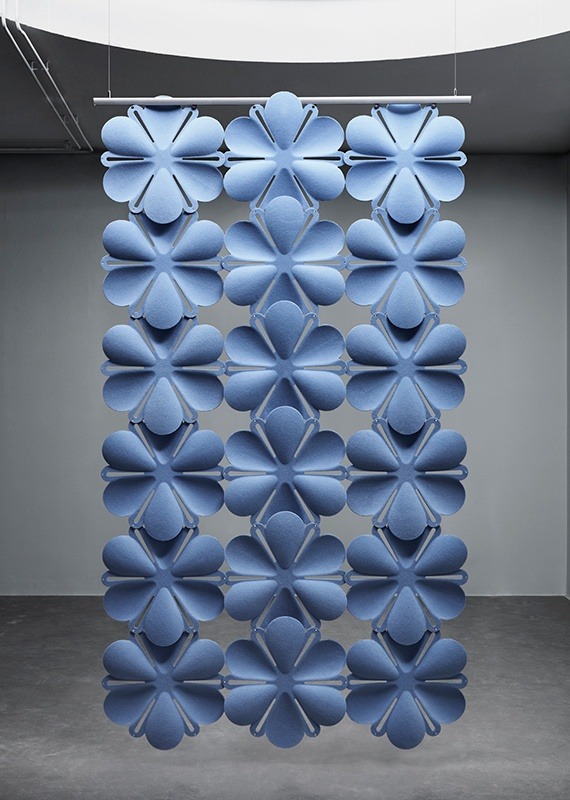 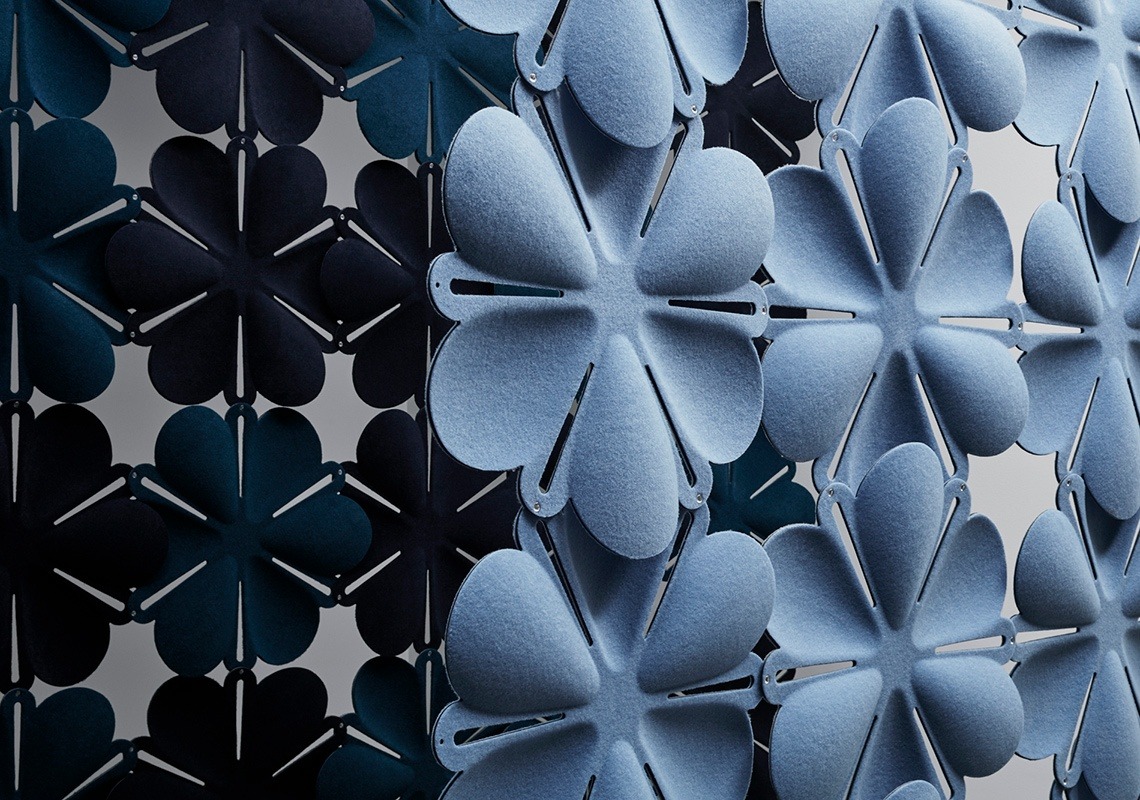